I've only seen one bird of prey up close before. It was socialized and had a handler. This time it was very different. I stood in a small flight pen as a bald eagle swooped down towards me. My assignment that day included trying to get a clean shot as of this rather large bird as it was flying sporadically about thwarting PAWS naturalist Kevin Mack’s attempts at capture. But that is the charm of photojournalism. You never know exactly what you are walking into. Each assignment has the potential to be great or pointless depending on what you make of it. 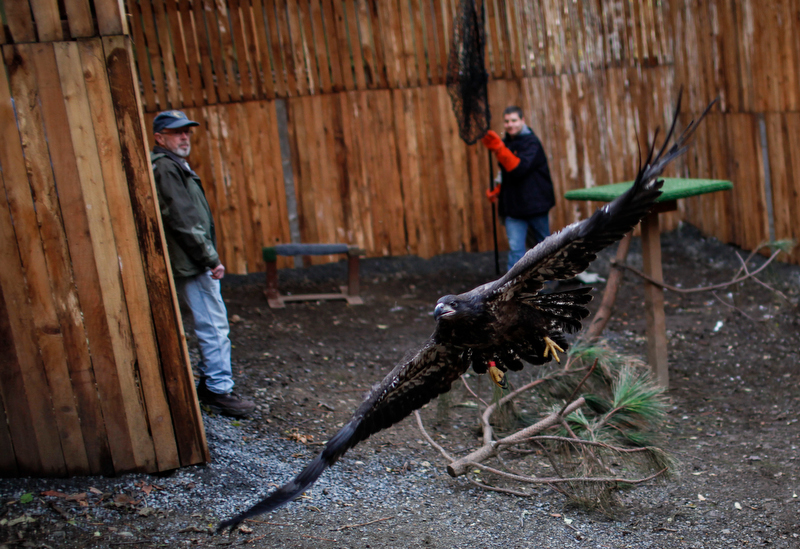 Watching Kevin chase the eagle with a large 15-foot net was an interesting sight. He told me he planned to flush the bird out toward the corner of the room and catch it. Soon he had the bird cornered, but as he tried to put the net around it, it gave flight directly towards me. I ducked down, still shooting, hoping the bird wouldn't land on me.  As Kevin rushed past after the bird, finally catching it with the net. He slowly picked up the juvenile eagle and inspects the wings and body for any possible damage from capture. The eagle is ok, and so he and a volunteer load the bird into a dog crate for transport to the release site. 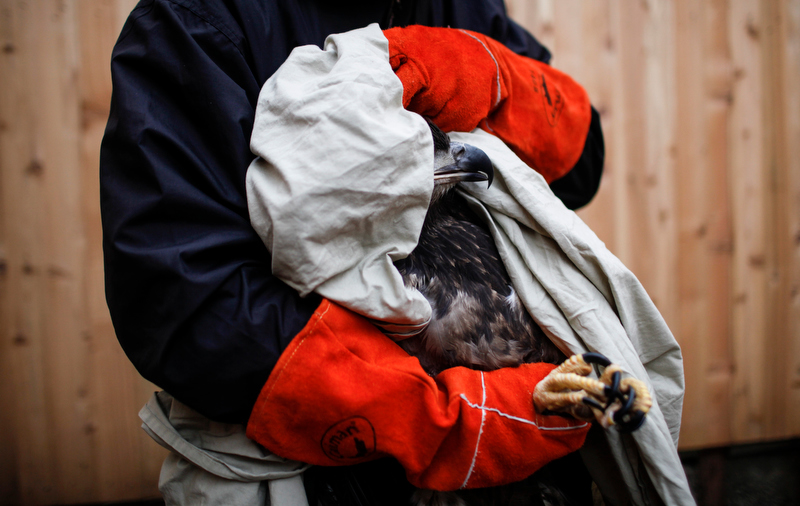 When we get there, I debate a lot where I should stand and what lens to use. I ended up sticking with the wide angle with the idea that I can switch to the telefocus lens when the bird is flying away. The moment arrives and the eagle’s crate door is opened. The bird takes one jump out and is gone to enjoy his new found freedom. 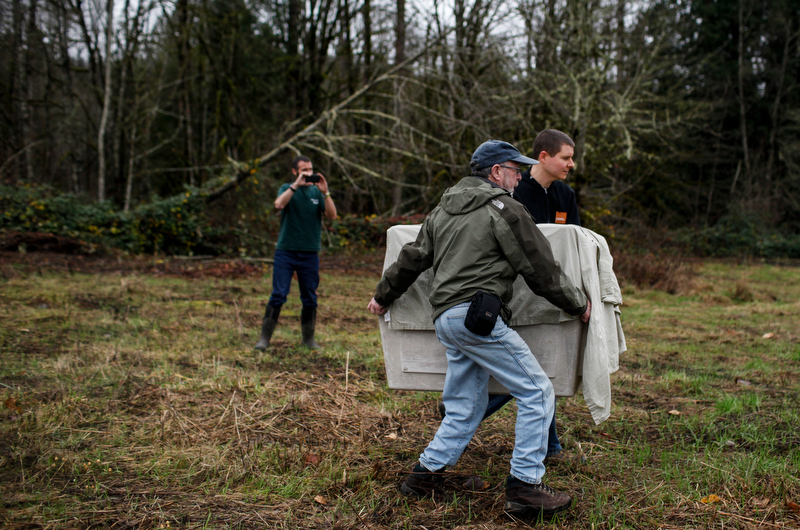 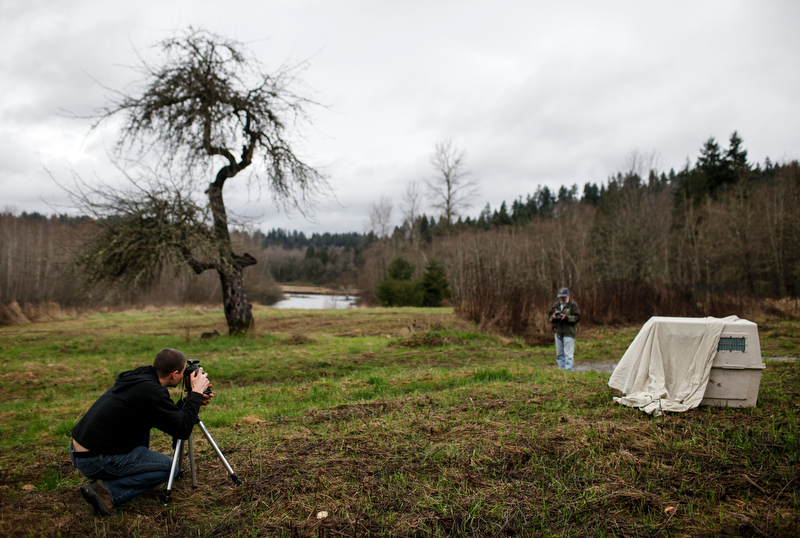 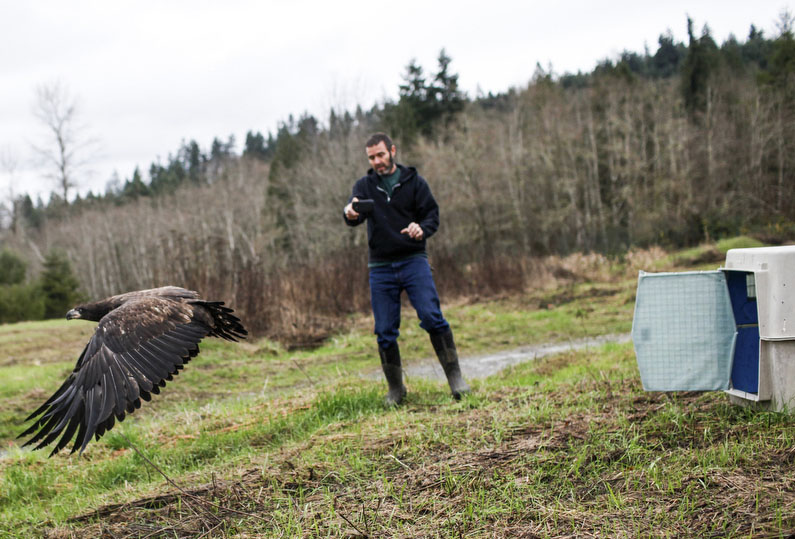 Once back, I knew I needed to find something else at the PAWS center for the assignment. Wandering around, I found a vet fixing a pigeon's fractured leg. In the room I saw the pigeon’s x-rays up on the light board and I thought it was interesting. 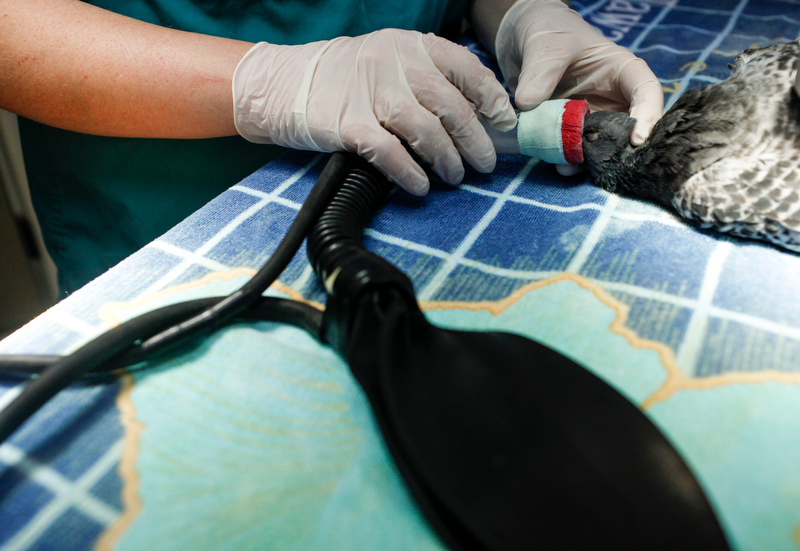 On the way back home, it hit me that the PAWS center probably had quite a few animal x-rays with interesting stories behind them and that I would like to photograph them for readers to see. I called Kevin up and asked if he could pull 10 or so x-rays of interesting cases. Luckily, the paper's publish date wasn't until two weeks allowing me to head back and make the x-ray images. 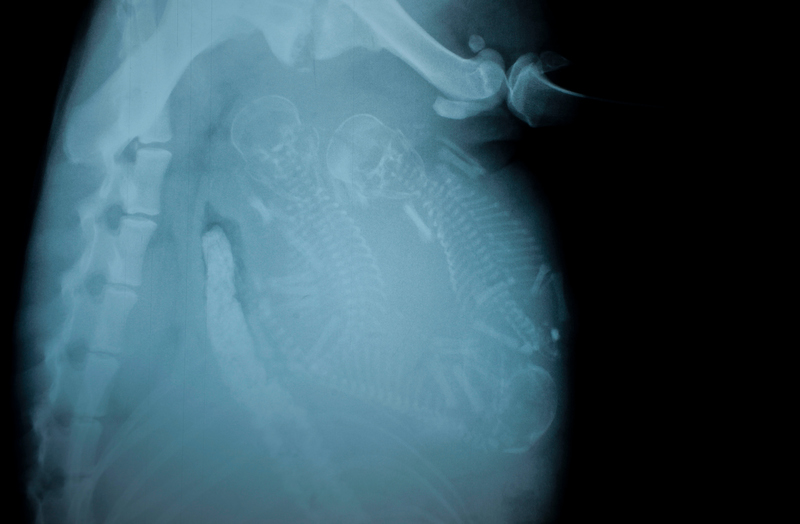 A pregnant raccoon was taken to the PAWS Wildlife Center that suffered a fractured leg and severe head trauma. PAWS Wildlife Veterinarian Dr. John Huckabee delivered three raccoons by cesarean section. The kits were able to nurse on their mother however she never recovered from the accident. 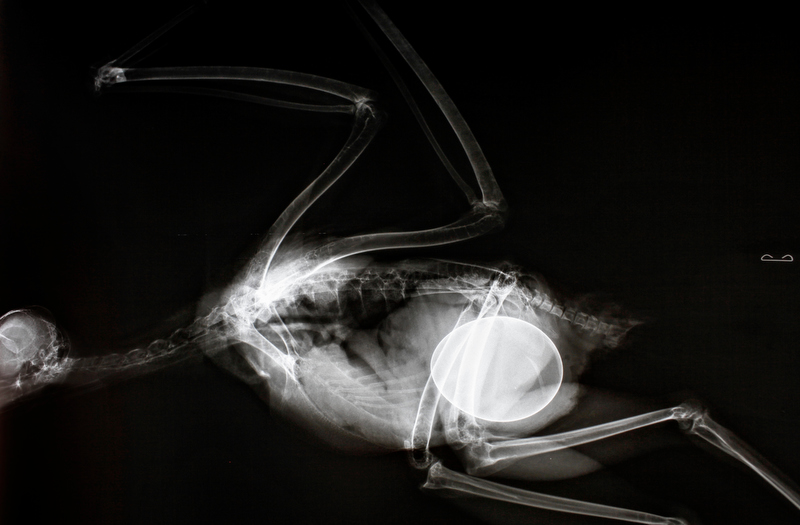 A large egg, unable to pass naturally, is shown in an x-ray of a Red-tailed Hawk. Fortunately, the PAWS Wildlife Center veterinarian was able to remove the egg and the bird made a full recovery and was later released in Fort Dent Park.